Chris sits down with Patrick Roche, author of A Socially Acceptable Breakdown (Button Poetry), for a one-on-one conversation about passions, process, pitfalls, and poetry!

Patrick Roche (he/him) is an award-winning poet, performer, mental health advocate, and Carly Rae Jepsen enthusiast from New Jersey. Videos of Patrick’s work have amassed over 9.5 million views on YouTube, making him one of the most popular spoken word poets. Patrick has competed or been featured at multiple national and international competitions and festivals, including placing 3rd in the world at the 2016 Individual World Poetry Slam, 2nd  at the 2017 Capturing Fire national queer slam, 9th at the 2017 National Poetry Slam as part of the Bowery Slam Team, and 3rd at the 2014 College Unions Poetry Slam Invitational (CUPSI, the national collegiate slam) representing Princeton University. Patrick serves nationally as an ambassador for the JED Foundation, promoting mental and emotional health, suicide prevention, and substance abuse awareness.

In recognition of his work as a touring speaker and performer, Patrick was named the 2020 Spoken Word Artist of the Year by APCA (the Association for the Promotion of Campus Activities), and he has featured at numerous conferences and conventions including the national conferences for both APCA and NACA (the National Association for Campus Activities).

His solo stage show debuted in 2020 and was featured on BroadwayWorld. It was then selected for Dixon Place’s HOT! Festival, the longest-running festival of its kind celebrating LGBTQ theater and art. 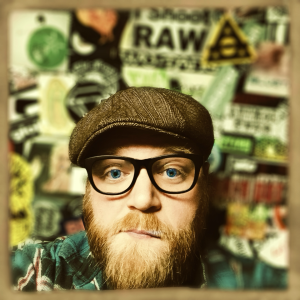 Chris Margolin (he/him) bleeds semantics & poetry. With almost 20 years in education, he has seen words change lives. He began TPQ when a student asked him to prove the relevancy of poetry in modern times; his work here strives to do just that.